Adolf Hitler's rise to power in Germany and the end of the economic boom of the 1920s opened the door to questioning the peace of Versailles. 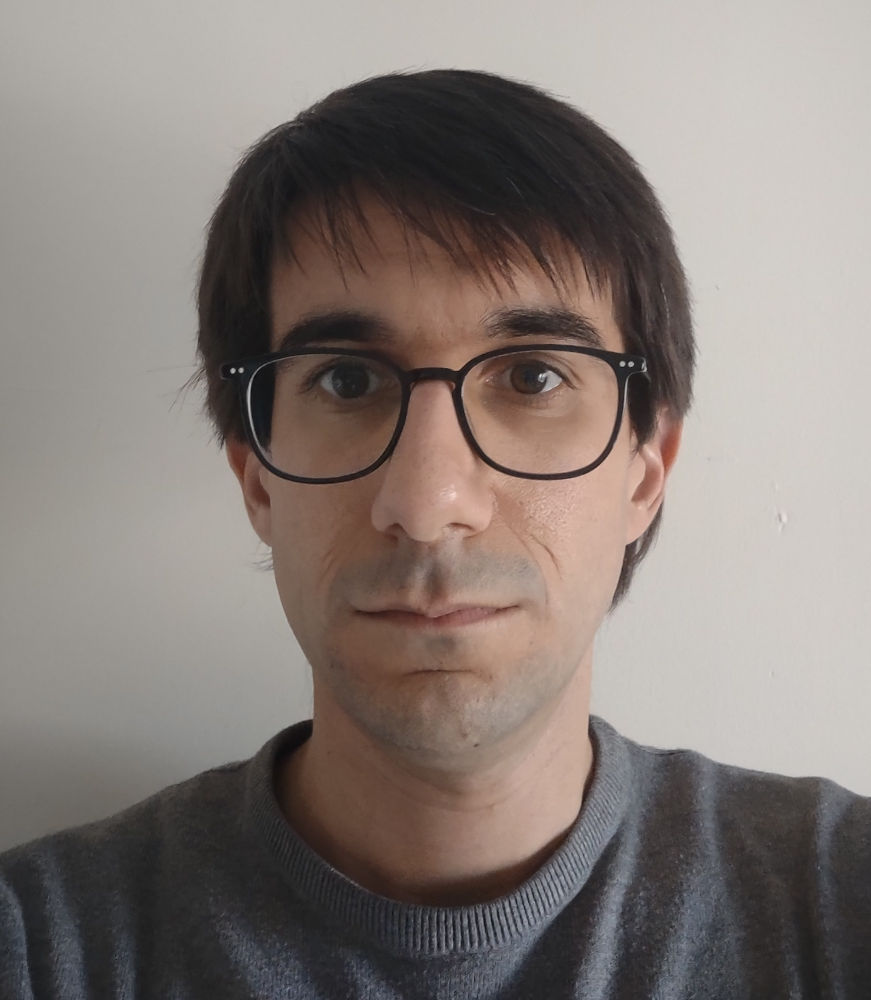 The imbalance in the European interwar order

Adolf Hitler’s arrival in power, in 1933, along with a National Socialist program that had as its main point the revision of the Versailles system, added to the Italian disillusionment by the mutilated victory in the World War I, deeply marked the political and social context of Europe in the 1930s. It was this context that led to a new world war from 1939 onwards.

Political programme and objectives of German National Socialism in 1933:

October 1933: withdrawal from the League of Nations

On October 19th, 1933, Germany withdrew from the League of Nations, abandoning the international foreign policy of “collective security” and, from that moment on, betting on bilateral relations between states. In this way Germany regained full sovereignty in foreign policy (very limited according to the Treaty of Versailles).

The resignation was formalized in a letter sent by the German Minister of Foreign Affairs, Konstantin Freiherr von Neurath, in which he informed the Secretary General of the League of Nations, Joseph Avenol, of the country’s withdrawal from this body. The resignation allowed Germany to proceed with its policy of large-scale military rearmament, which was a flagrant violation of international agreements. It also abandoned the Locarno Treaties, in 1936.

Nazi Germany signed a friendship agreement with Poland on January 24th, 1934. It was the “Germany-Poland Non-aggression Pact,” a ten-year agreement of friendship and mutual cooperation.

The signing of this pact with Poland meant the temporary suspension of the dispute between the two countries, the end of the international isolation of Hitler’s government after the abandonment of the disarmament negotiations and of the League of Nations, and the possibility of weakening the Franco-Polish alliance. Furthermore, the pact allowed him to strengthen his propaganda in favour of peace and to calm down the suspicions of the other powers following his withdrawal from the League of Nations and the negotiations on disarmament.

The pact was interpreted by the USSR as a threat by Germany to the Soviets.

A few days after the events of June 30th, known as the Night of the Long Knives, which had allowed Hitler to consolidate his personal dictatorship, the Austrian Nazis attempted a coup to overthrow the Austro-Fascist regime that had been in power since March 1933.

The National Socialist plot against the government of Engelbert Dollfuss on July 25th failed, but the Nazis succeeded in assassinating the first Minister, Dollfuss at the Chancellery headquarters.

The Austrian Nazis intended to establish a National Socialist government. Nevertheless, the failure of the coup prevented this from happening at that stage. Hitler learned this lesson; he had to put the annexation of Austria in the background while putting the recovery of Germany’s borders in the foreground. It was not until March 13th, 1938, that Germany annexed Austria.

January 1935: Plebiscite for the reunification of the Saar

The referendum had a turnout of 98%. The result was a large majority of 90.73% in favour of accession to Germany, 8.86% wanted to maintain the status quo, and a minority of 0.40% wanted to join France.

Hitler used the result of the plebiscite to declare the restoration of compulsory military service. This was a public declaration of Germany’s rearmament, and was in violation of the Treaty of Versailles.

France, Italy and Britain agreed on a unitary response to Hitler’s expansionist pretensions. They affirmed their support for Austria’s independence and also ratified the agreements of the Treaty of Versailles.

It was a meeting of good intentions, without any actual effect. The political context was as follows:

Both France and Britain feared a new war. Any response to Hitler’s threats was made in a very gentle way, as to avoid a new conflict. The French government believed at this point that it had military superiority over Germany, and it was trying to dissuade Berlin from an immediate war.

In a political and diplomatic manoeuvre, the French government of Pierre Laval sought a partner to counter German potential. The country with which to have an agreement could have the most impact on Germany was the USSR. On May 2nd, 1935, the Franco-Soviet treaty of mutual assistance was signed, with the objective of encircling Nazi Germany to minimize the threat to Central Europe.

Britain was not overly concerned about Germany, except for its air force. Britain, which was not a continental territory, knew that it could attack Germany as long as it could defend British airspace. Notwithstanding, the British themselves miscalculated the strength available to Germany at that stage. The British were not so much interested in seeking a partner, rather in establishing a policy of appeasement with Germany as to keep it under control.

British-German military naval agreement. Britain accepted the process of rearmament of Germany. Churchill denounced it as a great mistake, since making a pact with Hitler meant reinforcing his theses.

With every decision he made, Hitler practised the policy of “fait accompli,” without asking anyone’s permission, as he knew that the other European countries did not oppose his decisions. Every unilateral decision Hitler made was accepted by Britain, France and Italy.

The Rhineland crisis became a diplomatic meltdown caused by Adolf Hitler’s decision to remilitarize the region on March 7th, 1936. This was a violation of the Treaty of Versailles as well as the more recent “spirit of Locarno.”

Military occupation of the Rhineland was a public denunciation of the 1925 Locarno Treaty, a set of agreements by which Germany, France, Belgium, Great Britain and Italy guaranteed the maintenance of peace in Western Europe. Hitler’s aim was neutralizing France and Britain to the east. He had no major political reaction.

Britain and France continued their policy of appeasement by trying to negotiate with Hitler the German claims, recognizing German rearmament. France and Britain no longer felt superior to Germany.

European democracies signed the Non-Intervention Agreement in the Spanish Civil War. The Civil War, with the direct intervention of Fascist Italy and Nazi Germany, was a new step in the process of breaking the balance of the European order. Germany and Italy supported the military rebellion against the legitimate republican government. Italy provided aircraft to facilitate the transfer of the rebel army from Africa to the Peninsula. The German fleet blocked the access of the Republican fleet to the Strait of Gibraltar.

Léon Blum (Prime Minister of the French Popular Front) proposed that European governments commit themselves to a non-intervention pact in Spain, thinking of two things:

The non-intervention pact was the continuation of the policy of appeasement towards Hitler. The war in Spain was a further step in the European crisis. And more importantly, it meant the end of hostilities between Italy and Germany, which thanks to the Spanish war managed to overcome their differences. Mussolini redirected his policy towards the western Mediterranean, leaving Hitler free to pursue the eastern Mediterranean.

Adolf Hitler met secretly on November 5th, 1937, together with the Nazi party leadership and the Defence Chief of Staff to establish the future expansionist policy of the Reich. The meeting marked a turning point in Hitler’s foreign policy, then beginning to be radicalized. The meeting is known by the person who drafted the notes, Colonel Friedrich Hossbach.

At this meeting it was proposed:

March 12th, 1938: Anschluss Österreichs (the annexation of Austria to the Third Reich)

German troops invaded Austria on March 12th, 1938. The action provoked condemnation from the English and French governments. Mussolini accepted the annexation of Austria, as he was already a Hitler’s ally. Some British Conservatives and Labour accepted this as logical and predictable.

During the summer of 1938, the question of the Sudetenland (a region with a majority German population in Czechoslovakia) began to be raised. The Sudeten German Party began a campaign of agitation to achieve the annexation of Sudetenland to Germany. For the first time, France and England publicly denounced Hitler’s annexationist pretensions. They were against the break-up of the national unity of Czechoslovakia.

Mussolini intervened in September 1938 by promoting a meeting between the Italian, German, French and English Governments, to be held in Munich. The following agreement was reached at the Munich Conference:

Obviously, Hitler did not honour the pact.

October 1st, 1938: occupation of the Sudetenland

The plebiscite did not take place, as the German army occupied the territory on October 1st, 1938. Some 800,000 Czechs remained within the territory as German citizens, with no rights for them betwixt a region of 2.8 million Germans.

March 14th, 1939: Creation of the Puppet Republic of Slovakia

Hitler liquidated Czechoslovakia and established a puppet republic in Slovakia.

Consequences of the Munich agreement:

The USSR felt attacked for not being invited to the Munich Conference. The Western governments had agreed with Hitler on the division of Europe, and Stalin thought that the consequences of that agreement would be future aggression against the USSR by Germany or Great Britain.

For his part, Hitler interpreted the Munich agreement as giving him carte blanche to carry out his expansionist policy without fear of retaliation. It was a further step in his policy of fait accompli.

After the disappearance of Czechoslovakia, British Prime Minister Chamberlain signed an agreement to protect Poland, threatening Germany with war in case of invasion.

From this moment on, it became clear to Britain and France that if Hitler invaded Poland, a new war would be launched. The policy of containment failed in any way.

By the summer of 1939, it was clear to Hitler that war was very close. But not everyone within his government agreed. Why did Hitler risk invading Poland, given the disagreement of some elements of his economic and military leadership?

Hitler hoped that after the occupation of Poland there would be no reaction from European governments, as had been the case up to that point. Within Hitler’s government, there were two approaches:

Stalin proposed to stop the attack on the USSR by making a pact with Germany (to gain time), which would mean an attrition of the continental powers. At the time, Stalin offered a last proposal to France and Great Britain, and talks were held at the second level, but no agreement was reached.

Hitler’s final objective was the East, and he had to pass through Poland. Hitler planned to attack Poland after the military rejection of the occupation of Czechoslovakia. Germany could not keep two open fronts nor expose herself to a slow five-year war: it had to make a blitzkrieg. Soviet and French reaction had to be neutralized.

Meanwhile, Germany could not enter the war without the oil of the Caucasus, and that is why it needed a pact with the USSR. This pact would ensure the supply of raw materials and the safeguarding of the eastern front.

On August 23rd, 1939, the Molotov–Ribbentrop Pact was signed. The secret treaty defined the division of eastern and Central Europe under German and Soviet influence. It also called for consultation on matters of common interest, as well as refraining from joining any military alliance.